Including a brief history of the Volkswagen T2 Palomino Camper Van Conversion.

I’ve been a lover, owner and admirer of VW camper vans for over 9 years and I’d never heard of or seen a VW Palomino conversion, let alone stepped inside one of these rare and unusual campers. I feel like a fraud!
While browsing the internet looking for my next VW camper van I stumbled across an advert for a 1979 VW Bay Window Palomino conversion. The first photograph of the front of the van enticed me in, the second photo of the side and back of the high top instantly put me off. Urrgghhhh was my initial thought, what have they done to that camper! Intrigued, I thought it was some home made high top conversion at first but the more I looked at it the more I continued to feel it was ugly. Yes, there isn’t a better way to describe it, but while being ugly it also started to look amazing. I was seeing the benefits to this strangely styled high top. I liked it, nope, I was falling in love with it. It instantly acquired the name Elvis due to the huge quiff it was sporting on the back.  And so in my mind ‘Flora’ as the camper was named in the advert was rechristened ‘Elvis Palomino’, I could already see it patiently sitting on my driveway waiting for the next adventure. But I’m getting ahead of myself.
A search on Google told me that it was the only Volkswagen Palomino conversion for sale in the whole of the UK. There was only one slight problem, the location of the camper, over 200 miles away in Scotland. I was on the phone instantly to the owner of the van. We had a good chat and he informed me that he’d bought the van 4 years ago and had only half finished it’s restoration due to other commitments (two very demanding Split Screens) and had reluctantly decided to sell it.
I’m currently eagerly waiting more photographs of Elvis before I book a date to meet him. In the meantime I’ll be attending the Harewood House VW Show tomorrow and have my fingers crossed that I’ll get the pleasure of seeing a Palomino in real life.
To view photos of the interior of a Palomino click here to read my blog post: A Rare Glimpse Inside a VW Palomino Conversion >>

The Palomino Conversion was first built by Bariban Motorhomes based in Newton Abbot in Devon in 1979 and production ended in 1980. During this very short period it would appear that very few VW T2 Palomino Conversions were produced, research suggests that as few as 70 of these were created. This probably explains why I’ve seen so few of these eye catching conversions on the road.
The Palomino was based on the VW Type II panel van with 2 litre air cooled petrol engine. The bloodlines of the Palomino are pretty impressive, the ‘sire’ is the luxurious Volkswagen Autostrada motorhome, which back in the day was described as ‘the prince of the road’. At the time of launch no other VW T2 camper had such an imposing fibreglass high top or luxurious interior.
The Palomino was equipped with deep comfortable bed and seating, full fridge, hotplates and grill, fresh and waste water tanks and capacious storage. The sensible storage space meant that bulky items could be stored outside on the front mounted roof rack, whilst a wealth of internal cupboards and lockers could swallow all provisions and equipment for extended touring.
Initially only new vans were converted, most of which were right hand drive but with a few left hand drives also receiving a conversion.The only colour produced by Bariban was white, therefore if the original colour of a Palomino is white from 1979 (T or V reg) then it is likely to be a Bariban Conversion.
The conversion was named by the managing director who held an interest in equine activities. The definition of ‘Palomino’ being a pale golden or tan coloured horse or pony with a white mane and tail, originally bred in the south western US. Designed and created by David Page (the then Managing Director of Bariban), Derek Blackler and Tony Dilnott.
In May 1980 a company called Heritage Motorhomes bought the Palomino roof moulds after Bariban ceased trading. At this point only a few more T2’s were converted and these were mostly for customers who brought their own second hand van. Therefore, if the original body colour of the Palomino van wasn’t white, it is most likely a Heritage conversion although there may be a few exceptions.
The Palomino design was then adopted for T25 vans. Research indicated that fewer than a hundred T2 vans were converted, how many still exist today is unknown.
Interestingly, the book VW Camper – The Inside Story, a guide to VW camping conversions and interiors 1951 -2005 by David Eccles covers the various layouts, specifications and equipment used by over forty different conversion companies yet fails to make one mention of the Palomino conversion or Bariban Motorhomes. However, it’s a fascinating read, a great inspiration and should be on every VW enthusiasts bookshelf.
Further research on the Palominos is difficult to find as it is a very undocumented conversion of the VW camper. A small community of Palomino owners exist on Facebook. Click here to view the Facebook group >>
In addition, there is a blog called The Volkswagen Palomino Club for owners and admirers of the Volkswagen Palomino Camper Van – the VW van with the boat on it’s roof. It’s a fairly old blog but there are comments and posts from former employees of Bariban Motorhomes. The blog can be found at: www.thepalominoclub.blogspot.com
I’d be interested in any further information that anyone has on the Palomino Conversions, whether it’s photographs, adverts or information related to the vans or the company that converted them.
By Ana – The CamperVana

TheCamperVana is a participant in the Amazon Services LLC Associates Programme, an affiliate advertising programme designed to provide a means for sites to earn advertising fees by advertising and linking to amazon.co.uk.

You may also enjoy: 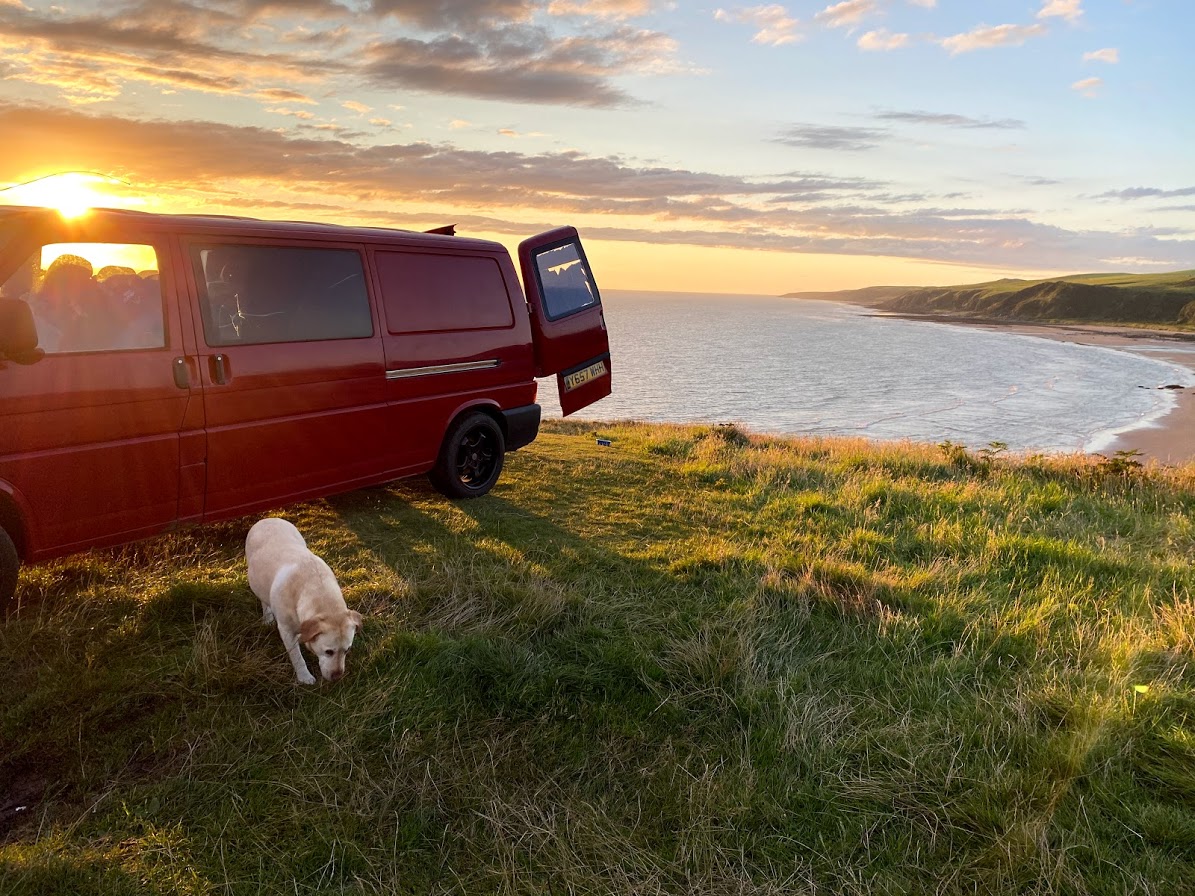 Campervanning In Wild And Free Places